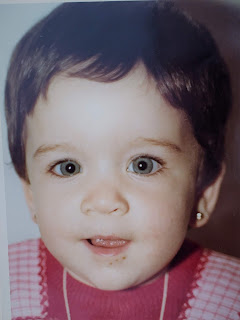 My name is Rebeca and I live in Spain. For as long as I can remember, I have always been passionate about the English language. When I was a child my mum would play songs of The Beatles all the time and I would translate the lyrics with the help of a dictionary and a notepad. Unfolding the cassette insert to read the lyrics was such a reavealing thing back then - classic for some of my generation, I'd say.

When I was in my early teens(1), I spent a couple of summers in England, which was a great life experience and a real eye-opener(2). I decided then and there that I wanted to pour all my enery into improving my English. So, in my early twenties I moved to the UK and I achieved a degree in Languages. I later earned(3) a
postgraduate degree in Education and taught languages at a various secondary schools.


When I moved back to Spain, I took the plunge(4) and I opened a small private English language school. I've been working there ever since and I love my job. In 2017 my baby daughter was born and while I had been pregnant a big question came popping up into my mind(5):-

Is it possible at all for a child of non-native parents - living in a non-English speaking country- to master the English language at the native level?

With this still in mind, I recently came up with the idea(6) of creating a blog where I would not only share some of my experience but also hopefully encourage other Spanish-speaking parents to speak in English to their kids, too. Unfortunately, I do not have a magic formula(7) - I wish I did!. But, by showing that what I do with my kid does work, I hope that others will try, too.

There's no doubt that being a teacher makes it easier for me to speak to my daughter in English. But I do find it a little bit hard sometimes, epecially in certain social situations or whenever I feel particularly tired. And I do make mistakes ocassionally, too. At the end of the day(8), my mother tongue/affective language is Spanish. However, I try to avoid the words "struggle" or "sacrifice". That is why, to me, speaking to our kids in English should be donde as "naturally" as possible.

I strongly believe that whatever we do in the English language with our kids should above all bring us joy - from reading stories at bedtime, to singing songs to playing board games.

A must-read: The Very Hungry Caterpillar

10/14/2018
I'll start off by telling you about my experience using The Very Hungry Caterpillar with my baby daughter. I must say that when I first purchased(1) the book I thought it was far too early to start using it as she was only a few months old. However, I quickly realized that she wasdrawn into it(2)right from the word go(3).
I began to read it to her when she was about 5 months old and before I knew it, I had memorized the middle part of the story, which is the juicy(4)one!. So, I would retell that part whenever I had the chance(5), especially whilst driving. I remember this being extremely convenient(6) because she hated traveling in the back seat of the car and for some reason the story always calmed her down even if I had to repeat it over and over again(7)!
I later bought a toy caterpillar that we would take with us virtually(8) everywhere. I strongly believe that humans learn best when we can touch, manipulate things. So, carrying the caterpillar around with us made it easier to …
Publicar un comentario
Leer más

10/15/2018
I have recently come across(1) the blog Crecer en Inglés which contains LOTS of information about how to raise(2) Spanish kids in the English language. The blog also provides a series of podcasts called Aventura Bilingüe where the author examines issues(3) such as How to travel with kids, The Bilingual Brain or The Phonics Method, amongst many others. Our 19 month-old has not been exposed to screens yet. However, I have heard the podcast Dibujos Educativos y Con Valores en Ingléshoping to find something useful to recommend my friends whose kids do watch cartoons. The podcast (in Spanish) reviews two current shows: Daniel Tiger's Neighbourhood and Puffin Rock. Aventura Bilingüehighlights(4) some characteristics from both shows that parents themselves may appreciate such as: slow-paced(5) dialogues, lots of vocabulary and educational content.
I will deffinitely tell my friends about these TV programmes!
If you wish to listen to the podcast, click here. ----------------------
Glossary:-
…
Publicar un comentario
Leer más

10/13/2018
Welcome to Baby SPANGLISH. This blog is all about how a Spanish-speaking mum fosters language developement and communication in English with her baby daughter in their home in Barcelona. It seems that there is an increasing number of Spanish-speaking parents who decide to speak in English to their children in the hope that one day they will become bilingual. Being a newbie(1) to the community, I hope that this blog will help me find out more about it. The blog is written in English rather than in Spanish, my mother tongue. This allows me to express myself in the language that I use with me daughter making the whole process more natural to me.

Baby SPANGLISH is not a series of grammar lessons, but rather a space where hopefully we can learn together, linguistically and parenting wise. Because many hands make the work light(1), I hope to contribute in my own particular way. This is why I underlining/bold(2) certain words or expressions in the text and provide a brief glossary at the end o…
Publicar un comentario
Leer más 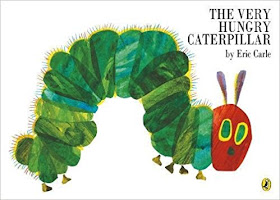 Other parents are doing it, too! :)